We're open 24/7 and ready to help you during COVID-19 with Sanitization Solutions.

Published by SEO on March 10, 2018 in category: Water Damage Restoration

Heavy rain and significant snowfall raged throughout Staten Island while residents tried to get to work and live their daily lives during the second nor’easter in six weeks. 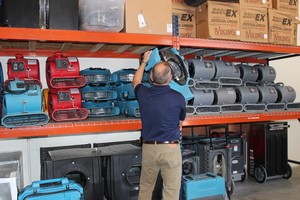 This powerful storm system caused 97 mph winds that left two million homes and businesses without power all throughout New England.

Staten Island was expected to receive one to two inches of snow per hour created by the blizzard, with it piling up to about 12 inches overall. This wet snowfall has the ability to contribute to the loss of power due to its ability to break tree branches under its weight and knock over power lines.

Combined with the wind, the snow is expected to cause whiteout conditions throughout the area. Those living on Staten Island may want to consider keeping off the road during these conditions since the wind and snow will create a dangerous commute.

The nor’easter may even cause a winter thunderstorm to occur at any moment, which is a rare occurrence during snow storms. When lightning appears during a snow storm it is known as a thundersnow.

Understanding How A Thunder Snow Storm Is Created

In order for a thundersnow to appear the air beneath the clouds is warmer near the ground than the air in the top layer of the clouds.

These conditions usually appear in the late winter but are quite rare. Most people only see roughly 6 thundersnows a year and they usually happen in regions that typically have both thunderstorms and snowstorms regularly, such as in Canada.

The reason for this sporadic occurrence is because the clouds have to be lower than they normally would be during a regular thunderstorm, yet the warmer air temperature still has to be cold enough to create snowfall.

When thundersnows begin the snow that is created is soft and pellet-like hail and the air is similar to wave currents. The lightning itself gives off a purple and blue flash.

Be Aware Of The Risks Associated With A Thundersnow

Since this type of weather system is a combination of a thunderstorm and snowstorm, it poses twice the risk to those in the affected area. 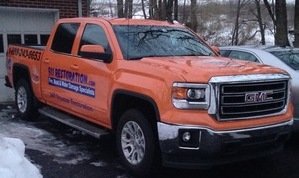 One of the reasons why thundersnows are so dangerous is due to how the sound of the lightning strikes reacts in snowy weather. The snowfall actually muffles the sound of the thunder, which makes it audible for only two to three miles. This makes it difficult for people to become aware of the storm.

Winter thunderstorms cause snow to fall at a fast rate of two to four inches per hour. This amount of snow can easily create a whiteout, making it hard for people to see more than one-fourth of a mile in front of them.

Property damages are also increased during a thundersnow. Its heavy snowfall can pile up on roofs, making them at risk of collapsing if they are weak in some areas. It also creates strong wind that can create structural damage. Combined, the snow and wind can cause power outages by downing trees and power lines. This storm also creates freezing temperatures that can cause pipes to freeze.

People need to be aware that even though these storms may not be as loud or bright as regular thunder and lightning storms, they are still at risk of being struck by lightning. Due to this increased risk, you should try to stay inside throughout the duration of the thundersnow.